InnerGeo Power, LLC , (IGP), is a renewable energy and water process developer. It has focused on one of the most environmentally sound processes for generating secure electrical power with co-production of very high quality water. The innovative and patented InnerGeo system that will change the way geothermal energy is produced and will provide a truly renewable energy alternative with no carbon footprint and no cost of fuel.

IGP has an Exclusive license (from the parent company InnerGeo) for a patented closed loop geothermal well design will capture geothermal energy and convert it to electricity without producing formation fluids.
The system will provide sustainable and base load power and compete directly with coal and natural gas in terms of cost per kilowatt hour and will be cost less than other renewable energies. The new closed loop well processes creatively incorporates proven existing technologies, removing the requirement for inventing new equipment or new processes. Out of the initial geothermal closed loop design InnerGeo has developed and exclusively licensed to IGP ground breaking technologies that can be employed in every geothermal region of the world without the required vast amounts of formation fluid to produce. All that is needed is hot rock. The power generating equipment on the surface has been proven in the geothermal industry over the last decades and are being combined with the InnerGeo’s system providing a patent protectable solutions to today's energy needs.

The US has a well-run electrical grid to make use of our promising technology. Texas as an example has had very little electric down time until rolling blackouts first occurred in the summer of 2011 primarily due to increasing demand. Further, recent federal regulations are requiring Big Brown and Monticello, two aging coal plants, be decommissioned in the next very few years. This will leave our state with a 1.3 gigawatt shortage of power and open up a market of close to one billion dollars. This is compounded by the fact Texas is coming off of one of the worst droughts in a decade. By making use of InnerGeo's innovations, we can as a by-product produce up to 1700 gallons of fresh water per megawatt of electricity.

Startup geothermal companies most often fail because their wells do not produce sufficient fluids to produce the power necessary to be commercially viable. InnerGeo’s issued patent protected technology for single well closed loop well design power production addresses this issue by providing a guarantee against a failed well. Should a old style geothermal well fail, due to insufficient fluid for power production, it can be converted to IGP’s single well closed loop design and production process, returning it to profitable power production without significant re-design or drilling costs.

This provides IGP with a prime opportunity. The Western States have 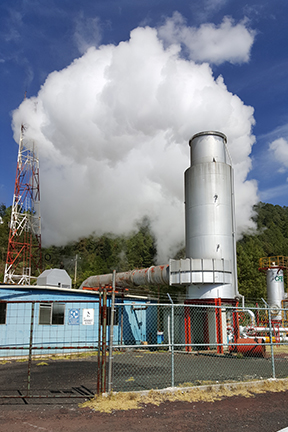 an open market for power. Renewable energy that is base-load is at a high premium.

IGP has been in research and development since June 2010. Part of IGP’s success is from joining the Coastal Bend Business Innovation Center operated by Texas A&M University – Corpus Christi in the building of a strong group of advisors. Professors were identified to assist in research and development. A research agreement was signed with the Texas A&M University system. SMU was chosen because of their expertise with geothermal exploration. A working relationship was formed with the University of North Dakota geothermal research center – an industry leading geothermal research team. These relationships have culminated in the development of computer based 3-D well models. The next goal was to protect the intellectual property of IGP and then install IGP’s prototype geothermal energy system into an existing wellbore then transition into the production phase. Once the pilot system is complete and the science of thermal transfer to the water contained in the casing annulus is proven, the goals are to establish a marketing group that will oversee implementation of additional geo-thermal energy wells around the US and International geothermal regions.